skip to main | skip to sidebar

THE PICTURE OF DORIAN GRAY==>A

It is a gray and gloomy TGIF in The Big Apple, The Greatest City In The World.

THE PICTURE OF DORIAN GRAY, A WORLD-PREMIERE ADAPTATION, about how a pure soul is ultimately destroyed by an obsession with self-image and youth==>A<== an awesome theater experience.

The show has a stellar performance from an outstanding cast headed by young and gorgeous Sam Underwood in the role of Dorian Gray.

The staging and direction is terrific and the British accents are understandable. Yes, if you are a theater person you know the storyline but, trust me, you will be totally focused on every word of this production. The running time is 2:30, with one intermission.

The show is produced by the Sonnet Repertory Theatre, Inc. which is dedicated to “classic theatre for the modern planet.” Thank you for bringing us this gem!

It runs through August 19th and is playing at the Studio Theatre at the Pershing Square Signature Center on West 42nd Street. Tickets are also available on the TDF website.

So Billi Pod says==>get thee to this show!

Yesterday afternoon Billi Pod stayed in the cool confines of PHC to watch the final game of the 4-game YANKEES/DETROIT series. It was a nail biter from the very beginning.

The Yankees won 4-3 on back-to-back homers from Mark Teixeira and Eric Chavez and split the series 2-2.

Freddy Garcia (5-5) will be on the mound for The Bronx Bombers vs. Ricky Romero (8-8) for The Blue Jays.

Speaking of sports ... Billi Pod has deliberately avoided becoming involved in the nonstop media-fueled “drama” known here as Sanchez vs. Tebow. Training camp and preseason means nothing. Billi Pod says==>Let’s wait until the regular season begins and then see how things work out. 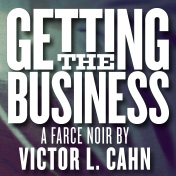 8:00==>GETTING THE BUSINESS - “An executive with more on his mind than work meets a vivacious assistant who gradually reveals an agenda of her own.” (Off Broadway - $9.00 TDF ticket)

The show is in very early previews and is playing at a theatre on my block.

This has become one of Billi Pod’s entertainment standards and it runs through Sunday, August 26th. I already have tickets for 5 shows.

Yes, sometimes the shows can be pretty dreadful but sometimes you will hit a gem ... like URINETOWN, which I saw in its Fringe Festival iteration.

I want to share with you loyal and faithful readers and followers what Billi Pod’s entertainment schedule is for the upcoming 10 days ...

Yes my loyal and faithful readers and followers, this is why this 78yo reverse snowbird loves living in New York City, The Greatest City In the World.

HAVE A GREAT WEEKEND EVERYONE!!

Billi Pod
“Don’t pick a fight with an old man. If he is too old to fight, he’ll just kill you.”

Billi Pod
I believe in what Dr. Seuss said: "Be who you are and say what you feel because those who mind don’t matter and those who matter don’t mind." For background - checkout Friday, August 1, 2008, posting